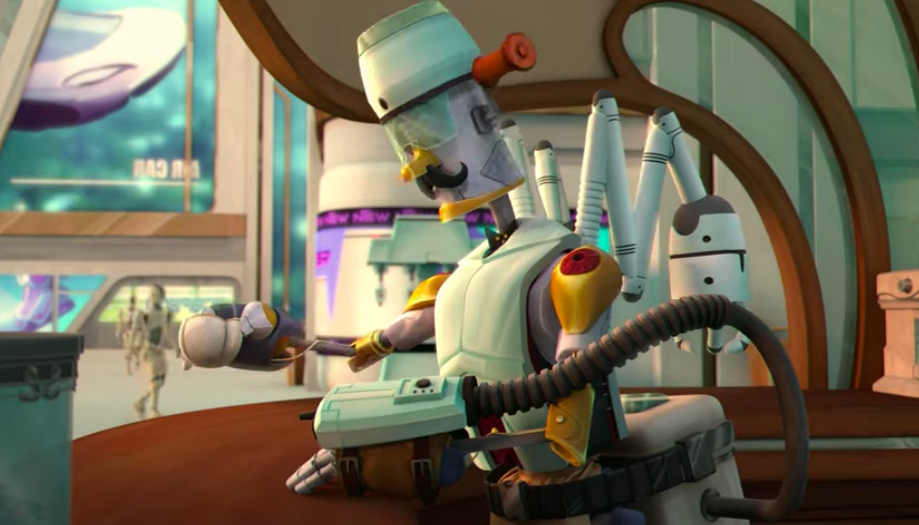 The final project of the 3D Animation, 3D Generalist and Art students of 2022 is ‘Mocca’. A short film that invites us to reflect on the current pace of life and the need to opt for a slower and more conscious way of life. In this post we will analyse the work developed in the area of storyboarding by Antonio Santamaría, teacher at L’Idem.

The short film works as a real project. “There can be no mistakes or delays in the delivery, as there are many students waiting for the storyboard to start their work”, Antonio explained. In this sense, and from his position as storys coordinator, he has made sure that “the students who carry out this section do it well and on time”.

For a project of the characteristics of ‘Mocca’, Antonio Santamaría usually selects two students to develop the story’s graphic script. However, “in this promotion, the interest in the profession of story artist and the great quality that the students have shown during the course of the degree, has led me to decide to increase the number of participants to three”, he explained. And in this short film he has chosen the students who, first of all, are interested in making the storyboard and then, have the quality, seriousness and motivation necessary to carry them out.

For this short film, Laura Guasch and Estela Capallera, students specializing in animation who, as Antonio explains, “have always carried out the storyboard exercises with great solvency and cinematographic criteria”; and Álvaro Pozo, a student specializing in Art with a great capacity for the development of visual concepts. The storyboard work has been divided into three homogeneous parts “making sure that each one began with a new sequence so that the production and the way of telling the shots didn’t suffer too much”, said Antonio.

Mocca’ takes place mostly in a very small space: the inside of the cafeteria. And it expands at most to the outside of the cafeteria and the surrounding premises, inside the shopping centre. Therefore, according to our professor, “it did not require great virtuosity in large general shots, but rather greater attention and care in the staging within this small space”. The use of overlay elements or interesting framing, which made it possible to take advantage of the possibilities offered by 3D modelling, were parameters to be followed in the realization of the shots.

Teaming up with the 3D department

The short film presented an interesting challenge to the storyboard artists: if the shots were going to be relatively close-up, the expressiveness of the characters would have to be defining. And the first thing they found was that the characters… were robots! In the storyboard work, the students had to work out many nuances of interpretation and visual gestures to make the story flow and be understood perfectly.

Throughout the creation process, the storyboard artists worked closely with the 3D modelling department because the characters had a very specific way of functioning. Therefore, when designing the shots, they had to start from the base on which the 3D colleagues were creating each character.

Mocca, the owner of the coffee shop, is himself a living coffee maker. He grinds coffee in his head, lifting an Italian-style lid. The ground coffee passes through him, mixes with water, and ends up coming out of one of his fingers, straight into the consumer’s cup. This whole circuit had to be faithful to the modelling that was being done and for example, Laura, who was in charge of the first part, did it so well that it looked like it was already animated in 2D.

For the nuances of Latte Estela took great care in the expressiveness of the character and knew how to give it “that grace, naivety and joviality that the robot transmits”, explained Antonio. “These interpretations, the idea of adding a display through a kind of VR gagas and the transformation of Mocca into a kind of super coffee robot made the story grow visually in an extraordinary way”.

Álvaro focused on the storyboard at the end of the short film. “Adding an exterior sign that reads “Slower, but better” closes the circle and contrasts with the fast food way of making coffees that the rival machine had with its “Faster New”,” explained Antonio.