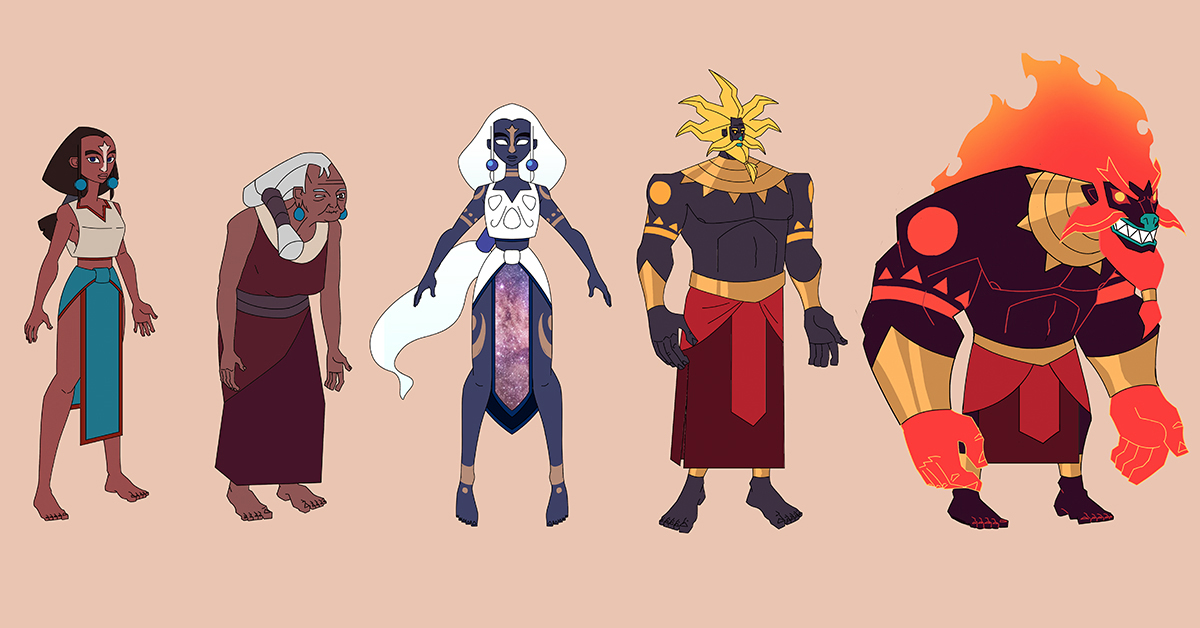 The final project of this year’s 2D Animation and Art students is entitled ‘The sun thief’. A short Animation film starring Una, a brave woman who decides to defy the gods to save her village. The film places the viewer in a small desert village, affected by water scarcity, drought and high temperatures.

How was the process of creating the short film?

Where did the story come from, how did the students organize themselves to make it? We talked to Agustina Montaña and Joan Cerdá, students of the Art specialization, to find out about the creation process of ‘The sun thief’‘.

What story does the short film tell?

Agustina: The short film tells the story of Una, a brave young woman who defies the Sun God and puts her life in danger for the sake of her people and her family.

And where did the idea come from?

Joan: The idea came from the recontextualisation of a previous idea by Agustina. It took place in a futuristic land and dealt with the theme of pollution. Together Agustina and I deconstructed this basic idea and created a completely different story in the form of an ancient myth.

What do you want to tell with this story?

Agustina: We started by asking ourselves the question: how would an ancient society with no knowledge of astronomy explain the origin and function of the stars? And we decided to answer it in an epic way, in the style of ancient myths and legends. And to approach the style of the animation we were inspired by films such as “Atlantis” and “The Prince of Egypt”.
Agustina: If we have to choose a moral for ‘The sun thief’, it would be the importance of balance.

Can you tell us what was the process of coming up with the idea for the short film?

Joan: During the first two weeks of the course, all the members of the team presented ideas for the short film with the aim of finding one that convinced us all. These ideas ranged from topics as diverse as thieving rabbits, a girl trying to get over the death of her brother and even the story of a man hatched from the egg of a giant toad. Finally, we agreed on the idea of the myth and, after specialized training in scriptwriting, we finalized the script for the short film.

Finally, music plays an essential role in this short film. How has the collaboration with ESMUC students been?

Agustina: After weighing several interesting offers from different ESMUC students, we chose the proposal of composer Márcio Echeverria.
Joan: Márcio is creating a beautiful soundtrack. To compose it, he has been inspired by different ethnic styles from different parts of the world, without losing the orchestrated quality of the soundtracks of the animated films of the 90s that inspired us to create ‘The sun thief’.