Annecy 2022: these are the short films selected for the Official Selection 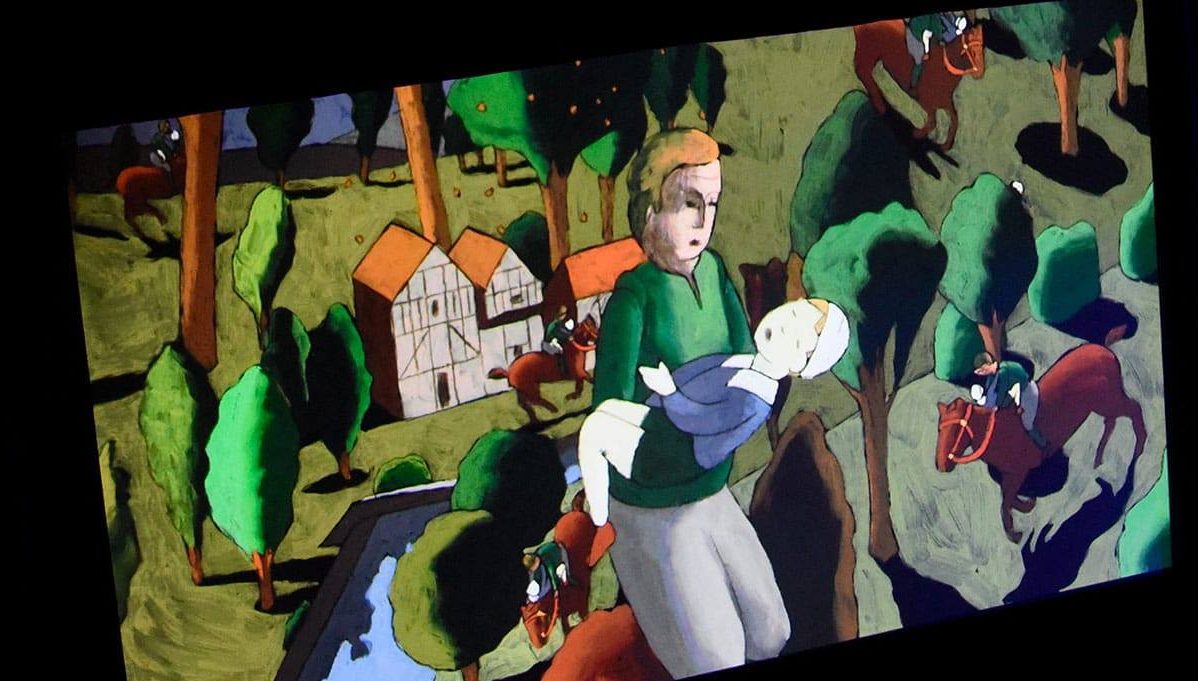 ‘Amok‘, directed by Balázs Turai: After suffering a terrible accident, Clyde must face his inner demon.

‘Babicino seksualno zivljenje‘, directed by Urska Djukic and Emilie Pigeard: A journey through a grandmother’s youth and memories of her intimate life, portraying the situation of Slovenian women in the first half of the 20th century.

‘backflip‘, directed by Nikita Diakur: An avatar attempts a backflip.

‘Beware of Trains‘, directed by Emma Calder: An extremely anxious woman is consumed by four major concerns: the man she met by chance on a train, her dying father, her daughter’s safety and the murder she dreams of committing.

‘Bird in the Peninsula‘, directed by Atsushi Wada: A young girl interrupts a children’s dance, supervised by their teacher.

‘Black Slide‘, directed by Uri Lotan: The journey of two young people on the park’s most terrifying attraction, the Black Slide.

‘Bottle Cap‘, directed by Marie Hyon, Marco Spier. A fiddler crab is the protagonist of this short film.

‘Two Sisters‘, directed by Anna Budanova. Rouge and Blanche are twin sisters and live on the plains at the edge of a hostile forest that they are afraid to approach.

‘Drone‘, directed by Sean Buckelew. A technical error causes a drone installed with an ethical AI personality to acquire autonomy.

– ‘Garrano‘, directed by David Doutel, Vasco SÁ. A Garrano horse is forced to pull a heavy load in the scorching heat of the sun. Young Joel discovers a man who is about to set fire to the forest.

– ‘Glazing‘, directed by Lilli Carré. The animated body moves in frames through the history of painting, repeating famous representations of women.

– ‘Histoire pour 2 trompettes‘, directed by Amandine Meyer. An intimate account in which the author reveals, in the form of a story, the key stages of her development as a woman and an artist.

– ‘Honekami’, directed by Honami Yano. At her father’s funeral, his daughter recalls the last summer they spent together.

– ‘Hysteresis‘, directed by Robert Seidel. Exploring the lag between the recording of analogue drawings and their projection onto a queer performer to create dense feedback loops that allow AI to be used to mediate these transformative re-presentations.

– ‘La Passante‘, directed by Hannah Letaïf. The passer-by is locked up, she will free herself and set out to discover something that will shape her.

– ‘Lakkeh‘, directed by Shiva Sadegh Asadi. A woman finds herself trapped in a world full of spots, dots and repetitive thoughts.

– ‘Les liasisons foireuses‘, directed by Violette Delvoye and Chloé Alliez. Tonight is Claire’s big party and it’s going to be great. And Jimmy is coming.

– ‘Letter to a pig‘, directed by Tal Kantor. A traumatic memory of a Holocaust survivor takes a young student on an inner journey.

– ‘Lucky Man‘, directed by Claude Luyet. A praise of slowness, from the hand of a man who plays and often wins the game.

– ‘Lullaby’, directed by Lin Zhang and Qinnan Li. Based on real events, a woman who decides to break her arms to become the incarnation of beauty – Venus – and causes a tragedy.

– ‘Miracasas‘, directed by Raphaëlle STOLZ. Carried in a makeshift hammock by two thugs, Ernesto heads for his destination: a strange village that has just risen from the earth on the edge of South America.

– ‘The Garbage Man‘, directed by Laura Gonçalves. On a hot August afternoon, the family gathers around the table and remembers uncle Botão.

– ‘Of Wood‘, directed by Own Klatte. An experimental stop-motion film made with an original technique of progressive carving of images on a large wooden round.

– ‘Pachyderme‘, directed by Stéphanie Clément. Like every summer, Louise stays at her grandparents’ house in the countryside for a few days’ holiday.

– ‘Scale’, directed by Joseph Pierce. Driving down the motorway, Will loses his sense of scale. As his drug addiction worsens, he struggles to decipher the sequence of events that led to his predicament, before losing himself forever.

– ‘Sprite Fright’, directed by Matthew Luhn and Hjalti Hjalmarsson. When a group of unruly teenagers wander into an isolated forest, they discover peaceful mushroom-shaped creatures that turn out to be an unexpected force of nature.

– ‘Steakhouse‘, directed by Spela Cadez. The steak has been marinating for a few days. The pan is hot. Franc’s stomach is rumbling. But Liza’s colleagues are preparing a surprise birthday party for him. Will he make it home in time?

– ‘Taaskohtumine’, directed by Ülo Pikkov. This is the tragic story of the small island of Ruhnu. Fearing for their lives, the entire population left their homes to escape the war in 1944. Decades later, they return and meet their new inhabitants.

– ‘The Debutante‘, directed by Elizabeth Hobbs. A spirited young woman convinces a hyena from London Zoo to take her place at a dinner-dance held in her honour.

– ‘The flying sailor’, directed by Amanda Forbis and Wendy Tilby. Inspired by true events, it is a meditation on the unexpected journey of a sailor.

– ‘The invention of less‘, directed by Noah Erni. Due to global warming, a young polar bear has to leave her home in the summer of 2031 and move to Zurich. There she has an idea how to change the world forever.

– ‘The record‘, directed by Jonathan Laskar.

– ‘Things that disappear‘, directed by Changsoo Kim. The story of an elderly person living alone in a redevelopment area who holds a funeral for a dead cat in the street.

– ‘Yugo‘, directed by Carlos Gómez Salamanca. Over the course of a lifetime, a woman and a man who are forced to leave their native countryside follow a path that questions the capitalist and liberal economic development of Latin America and its consequences on human beings.